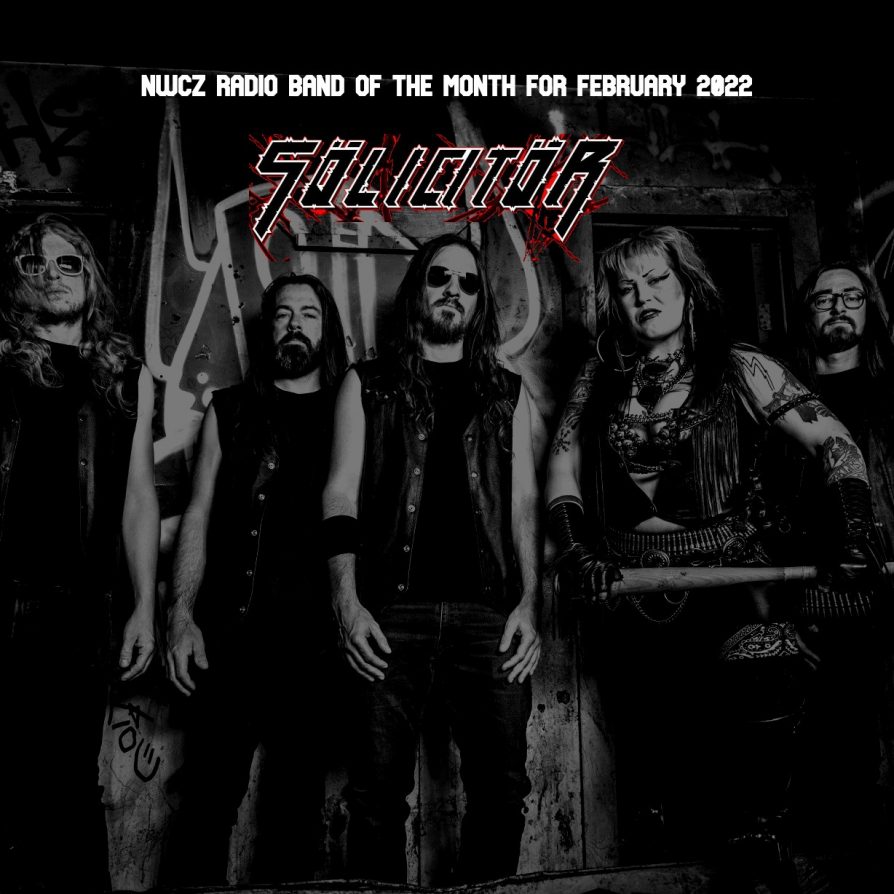 This is the music you ride out to battle to. An intense clash of thrash and speed metal guitar carried by precision drumming and topped by the piercing screeches of Amy lee Carlson’s voice to make uncompromising raw heavy metal the way it was intended. Solicitor draws from an 80’s heavy metal influence but the band is far from a rehash of nostalgia. No edges have been dulled in the making of this music. Solicitor’s style brings a much-needed balance to the current sound in the Pacific Northwest that I don’t see a lot of the newer bands touching.

Check out the band’s latest 7” that they released at the end of January. Titled “All Debts On Death”