The Spud Goodman Radio Show is an intimate hourly visit each Thursday night live 8:00 – 9:00 pm PST with host Spud Goodman, his temporary permanent co-host Gerald Holcolmb and an army of extended family members, some who are oftentimes out of touch with reality. Spud will also welcome celebrity guests, non-celebrity guests, musical guests and just plain old guests. Topics covered will encompass whatever Spud decides to pull out of his butt that evening.

It should be noted that radio is nothing new to the Goodman production team as they produced a live weekly radio show at then KKMO in Tacoma years ago and later a pre-recorded version that was picked up by college stations nationwide. Currently, staff are in the process of placing this show on various outlets around the globe via the wonderful world wide web. Follow Spud on Facebook for the latest news on the Spud Goodman Radio Show.

Previously Spud Goodman spent many years toiling in the cable TV business, initially in 1985 at Cable Puget Sound in Tacoma WA. Later after that local channel went off the air, his show was produced at TCI Cable, Prime Sports NW (now Root Sports) and at KTZZ (now KZJO) in Seattle. In the last two and a half years of the show’s run, 1996-1998, it was picked up for syndication nationally via the FOX Television Network’s Cable Division. Watch select full episodes of the Spud Goodman TV Show on YouTube. 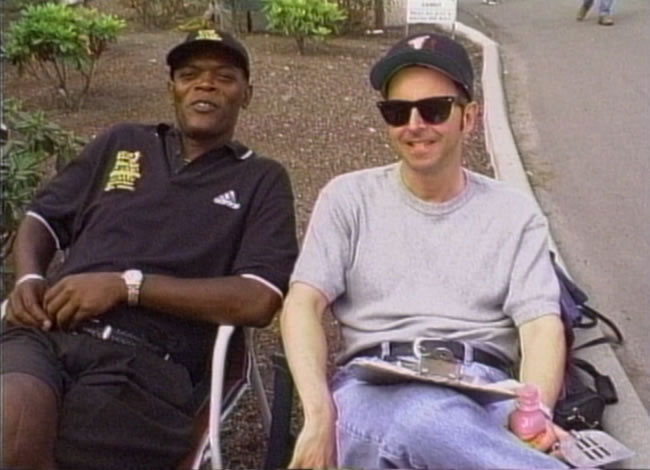 A visit to the Spud Goodman Photo Library will confirm that many individuals who could be verified as celebrities spent a few moments of quality time with the host of this program, Spud Goodman.

The (Sort of) Spud Goodman Show

In 2012, Spud Goodman Productions returned from the dead on the video front with a video podcast featuring the best in NW music in addition to offbeat segments that only he and his crew can serve up. Titled The (Sort of) Spud Goodman Show, it was a shorter, faster-paced version of the old TV show. Included in the episodes were various extended Goodman family members as most chose not to go away quietly and continued to clutter up the show on a regular basis. Viewer discretion is advised.

On the reading and writing front, Spud Goodman has a blog column titled My POV under the name of Spike Jensen. When first launching this collection of musings years ago he felt that writing under a false name such as Carlos Danger or John Doe would be advantageous to maintaining his reclusive lifestyle but now that he has
resurfaced publicly this laborious task is no longer necessary.

An exhaustive perusal of the extensive material archived in this blog will kill many, many man hours as Spud had a lot of time to kill without a TV or Radio show to fill up his day. To this day MY POV is the one project the general public has taken to in semi-large numbers.

Watch and Listen to The Spud Goodman Radio Show Online 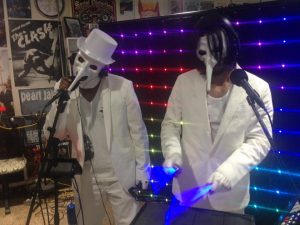 Listen to full podcast episodes of the Spud Goodman Radio Show on iTunes.