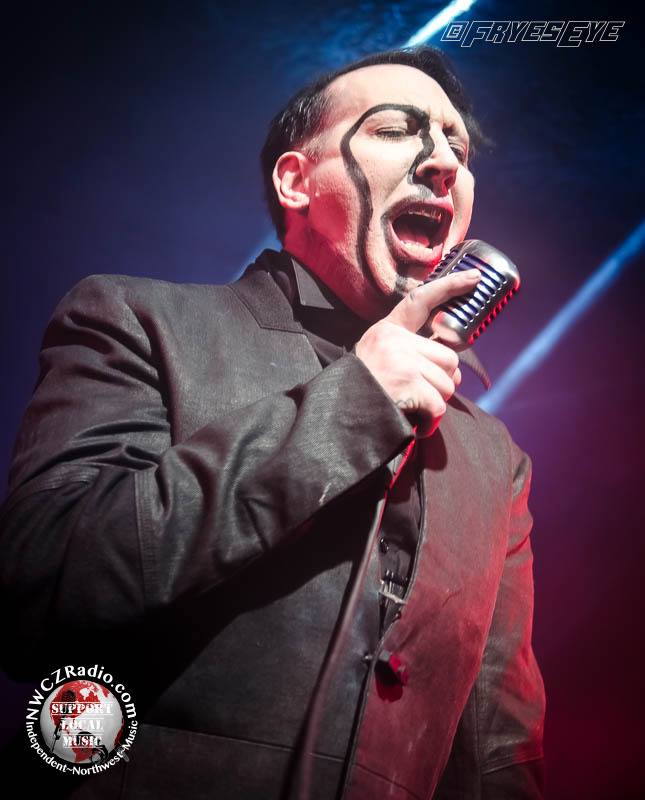 The show was sold out and the Showbox was packed from the begining to the end. These were smart fans! The entire show was a blast & it appeared that everyone was having a great time.

Deap Vally is a rock duo consisting of Lindsey Troy (guitar, vocals) and Julie Edwards (drums and vocals). According to Wikipedia, the two met in a crochet class. Well, opening for Marilyn Manson is about as opposite from crochetting as you can get! These girls are an amazing bundle of organized noise and put on a great showing. They’re promoting their debut album “Sistronix” and have fun track names such as Creeplife, Gonna Make My Own Money, Walk of Shame. If you want to check them out, you can find them on iTunes and Facebook. 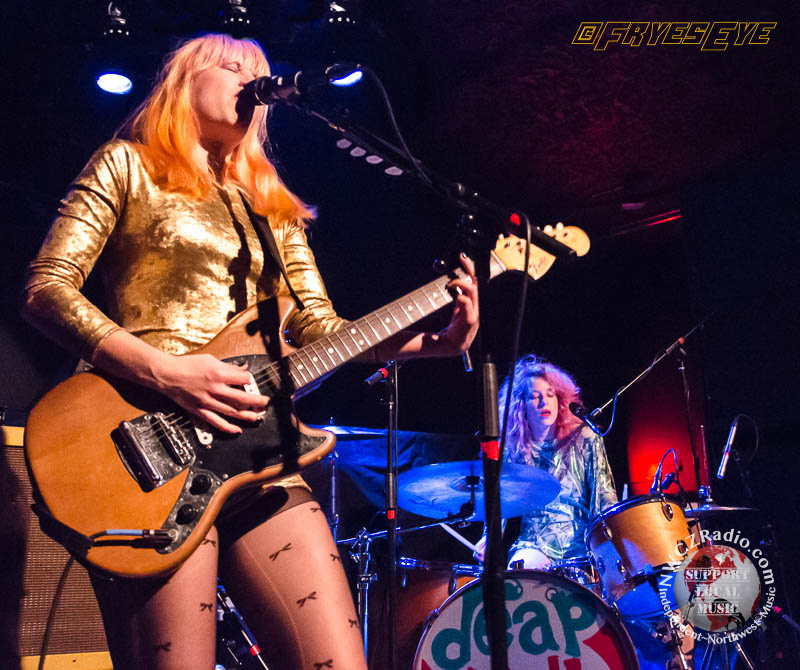 Marilyn Manson was awesome! He came out with smoke machines running riot and started the set off with Deep Six, the lead release from their new album The Pale Emperor.  Quite a fitting title, don’t ya think? It was a 16 song set with two more from the new album, Third Day of a Seven Day Binge and Cupid Carries a Gun. Then filled the rest of the list with favorites, including his covers of Sweet Dreams and Personal Jesus. 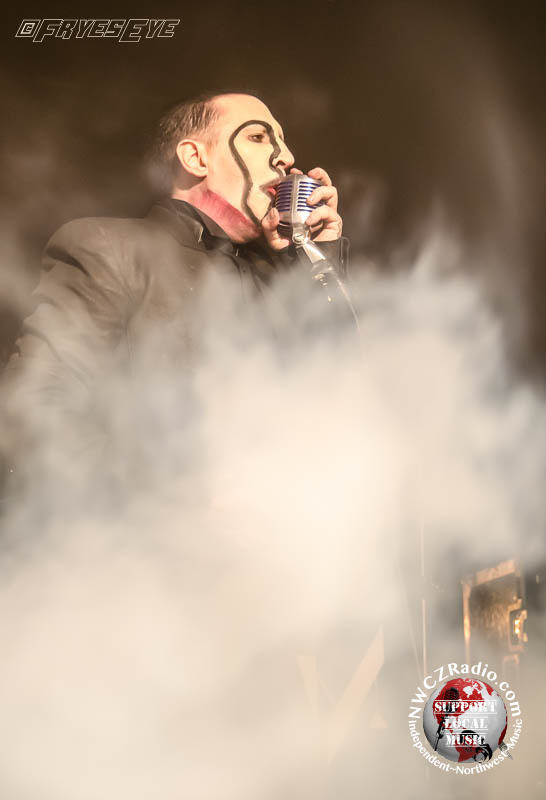 A Manson show is pretty interactive at the smaller venues. He crowd surfed and spent considerable time standing on the barricade touching hands and singing in the crowd. 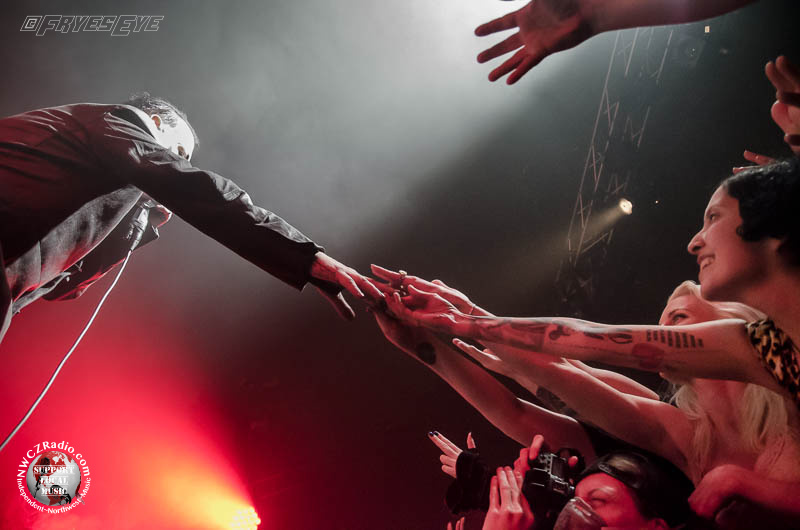 Check out all the photos on our Facebook page!